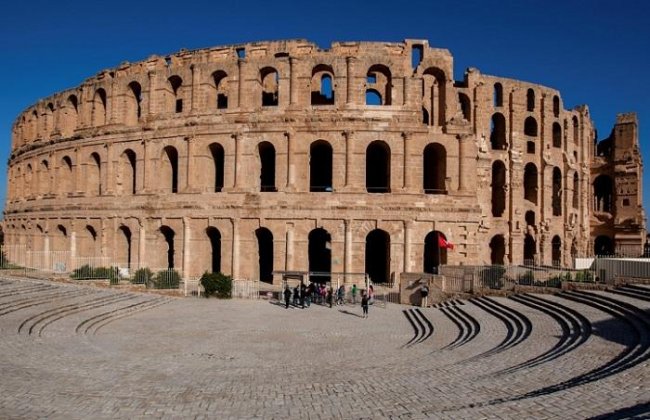 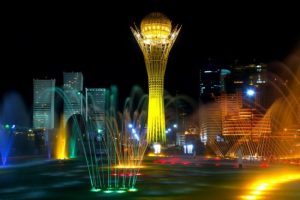 Astana can be safely called Central Asian Dubai, because that’s what they have been called in recent years. A large number of both human and financial resources was invested in the construction and creation of this “garden city” in Kazakhstan. Over 50 years old, this small village for miners has become one of the modern large metropolitan areas. Today there are about 20 parks, 5 theaters and 13 museums on the territory of Astana, and this is not all that is noteworthy in this city that can attract locals and tourists with its beauty. If, after reading this article, you have an overwhelming desire to move to this beautiful city, then there will always be work for you. And today we will tell about some of the attractions of the city.
1. Baiterek
The monument called “Baiterek-Astana” is a unique construction of its kind. Baiterek is a symbol of independence of Kazakhstan, so it is both a cultural heritage of the city and a visiting card of the country. Baiterek tower (if translated from Kazakh – poplar) reaches 150 meters in height. The tower is a symbol of the developing and relatively young capital of Kazakhstan. At the top of the tower is a large ball, and its color depends on the characteristics of lighting. The roots of this attraction are the lower floors, which go down to 4 meters in the ground. Here you can find galleries, catering establishments and much more.
2. Palace of Concord and Peace
This place is rightfully called another wonder of the world. The palace was built in the shape of an ideal pyramid with a height of 62 meters. The width at the base is exactly the same. They built this facility for holding international congresses among the leaders of both traditional and world religions. The construction of this sights used the principle of the geometric section.
3. Ak Orda
Akorda is the residence of the head of Kazakhstan, and is located in Astana. And three hundred meters from it is Baiterek. Ethnic-memorial complex (EHR), showing a map of Kazakhstan. This object of cultural heritage was created on the basis of the project of the most sought-after architects of its time. Here you can see the whole of Kazakhstan in its “mini-map” with an area of ​​2 football fields.
4. Presidential Museum
In this museum you can see archival documentation, books, gifts, as well as works one way or another related to Kazakhstan and its history. Here is everything that reveals life, as well as the activities and work of the president.
5. Opera
The theater called “Astana Opera” is perhaps the youngest cultural object of the city. Many people will like the colorful and rich design of this theater, and the diverse repertoire will not leave anyone indifferent.
6. Khan Shatyr
This object embodies the symbol of the capital. This is a shopping mall, reminiscent of a large tent. On the area of ​​127 thousand square meters there are cafes, shops, restaurants and other establishments. There is even an artificial beach and a swimming pool with real waves.
7. Duman
Fascinating journey through Astana (Kazakhstan) – (9 photos)
Duman is an entertainment center that, with a relatively small area, could combine on its territory several different and interesting objects for citizens. In particular, there is a modern cinema attraction operating in 5D mode, as well as a real dome room with mockups and exact recreated copies of the most significant and memorable figures and events in the history of Kazakhstan.
In addition, here you can find a large number of shops and entertainment venues. But there is one more thing that cannot be missed, and this is the only Oceanarium on the territory of the CIS. It is geographically more than 3 thousand kilometers from the sea nearest to it.
Let the aquarium fairly well removed from the sea and ocean, the organizers and creators were able to collect over 2 thousand unique representatives of the fauna of the sea.
8. Circus
In the process of conducting tours of the glorious city you can personally look at many other significant buildings and representatives of architectural and design skills, but it is best to pay attention to the giant alien ship that was able to land between several high-rise buildings. There is nothing to worry about, because in fact this spacecraft is a circus with such extraordinary device and placement. The futuristic outlines and forms of the circus perfectly convey the whole style of the city and fit well into its architecture.
9. Mosque
The Khazret-Sultan site is the largest mosque in Central Asia. They built a mosque for 3 years, and the grand opening took place recently – in the summer of 2012. This structure is more like a palace of the east, and when it was created, over 1.5 thousand builders of various specialties and professions were involved.